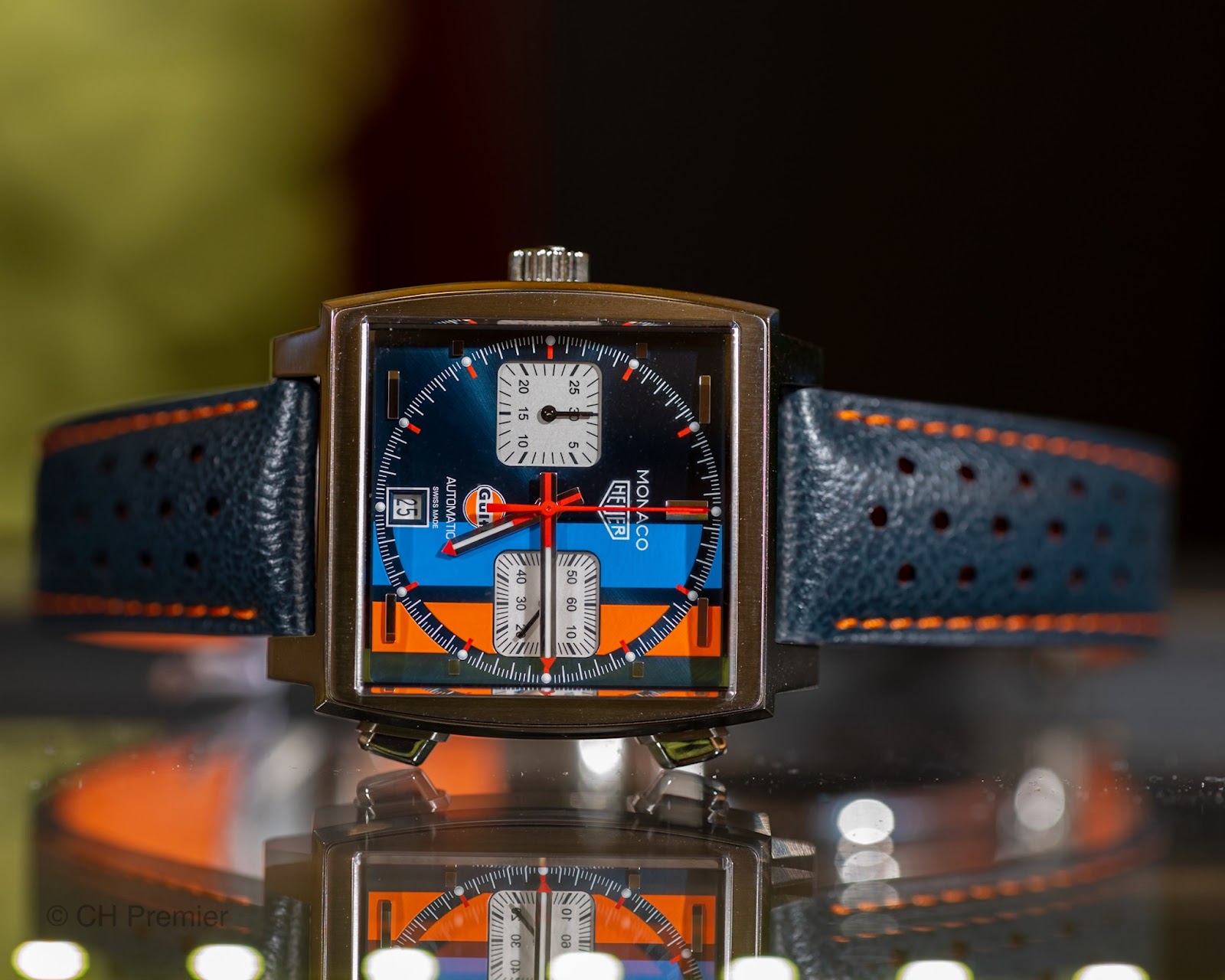 There are so many ways to shape a watch. While most watches are designed to have round cases, there is an increasing number of watches designed with a different shape as well as people wanting something other than round. Indeed some of the most famous watches in the world today do not have a round shape, i.e., the Patek Philippe Nautilus, the Jaeger LeCoultre Reverso, and the Audemars Piguet Royal Oak. What are some other desirable watches with non-round shapes? Especially those that could also be considered icons of the industry.

What about square or rectangular watches? These are perhaps some of the most famous watches, not using a round shape case. For example the Cartier Tank and Cartier Santos famously use rectangular and square cases since Louis Cartier designed them as pilot watches, and the watches are reminders of the view of tanks from a plane viewpoint during World War I.

Another rectangular case shaped watch is the Jaeger LeCoultre Reverso, which was designed as a sports watch with a special swivel mechanism to protect the dial. And there is the TAG Heuer Monaco, which was one of the first automatic chronographs and has come to define a category, especially since it had entered pop culture via a motor racing movie in the 1970s.

TAG Heuer’s history with motor racing goes back to the 60’s and 70’s when the original brand, Heuer, was part of the main sponsors for Formula One racing. Indeed some of their models, e.g., Autavia and Carrera, had special models either named for races (the Carrera Panamerica race) or had models released for some of the races around world. The Heuer Autavia Montreal for instance was named for the race in that unique city in French Canada. But easily the most recognized model during this heyday was the one named after the race in Monaco. 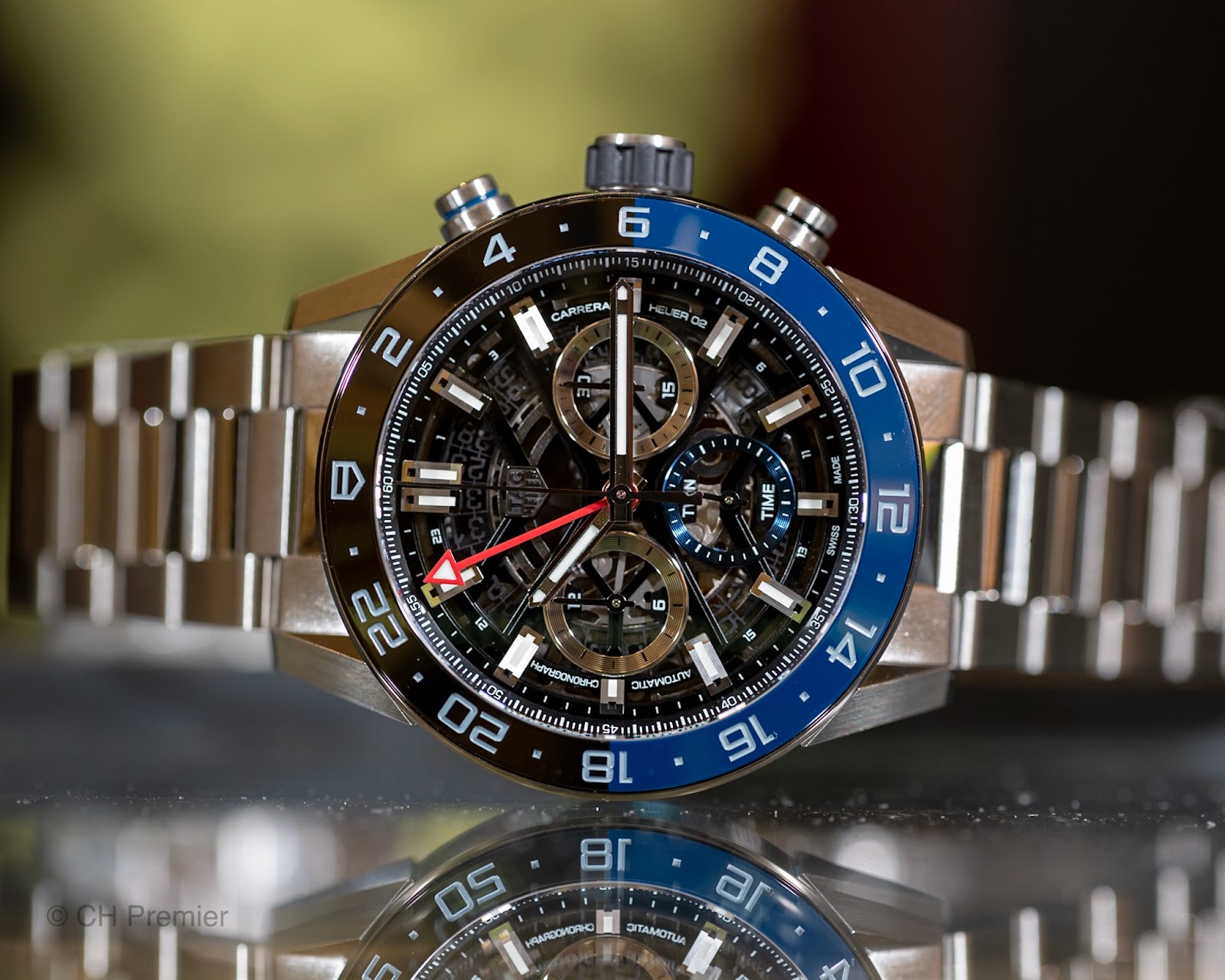 What made the Heuer Monaco famous was not only due to its association with one of the premier F1 races in the season but also because it was the watch that Steve McQueen wore in the movie Le Mans which retraced some of the exploits of F1 drivers during these pioneering years. However, the staying power of the Monaco watch from Heuer and now TAG Heuer is no doubt it’s unique square shape.

At 39 mm on each side the Monaco actually wears bigger, yet not so large to make it an imposing watch. The other special aspect of this watch is that the movement was laid in such a way that the crown was put on the left side of the case. This allows the right side to include the two pushers for the chronograph (start and stop and reset). TAG Heuer has since released additional models of the Monaco that placed the crown on the right side. However, the original model which has since been re-issued contains the crown on the left. 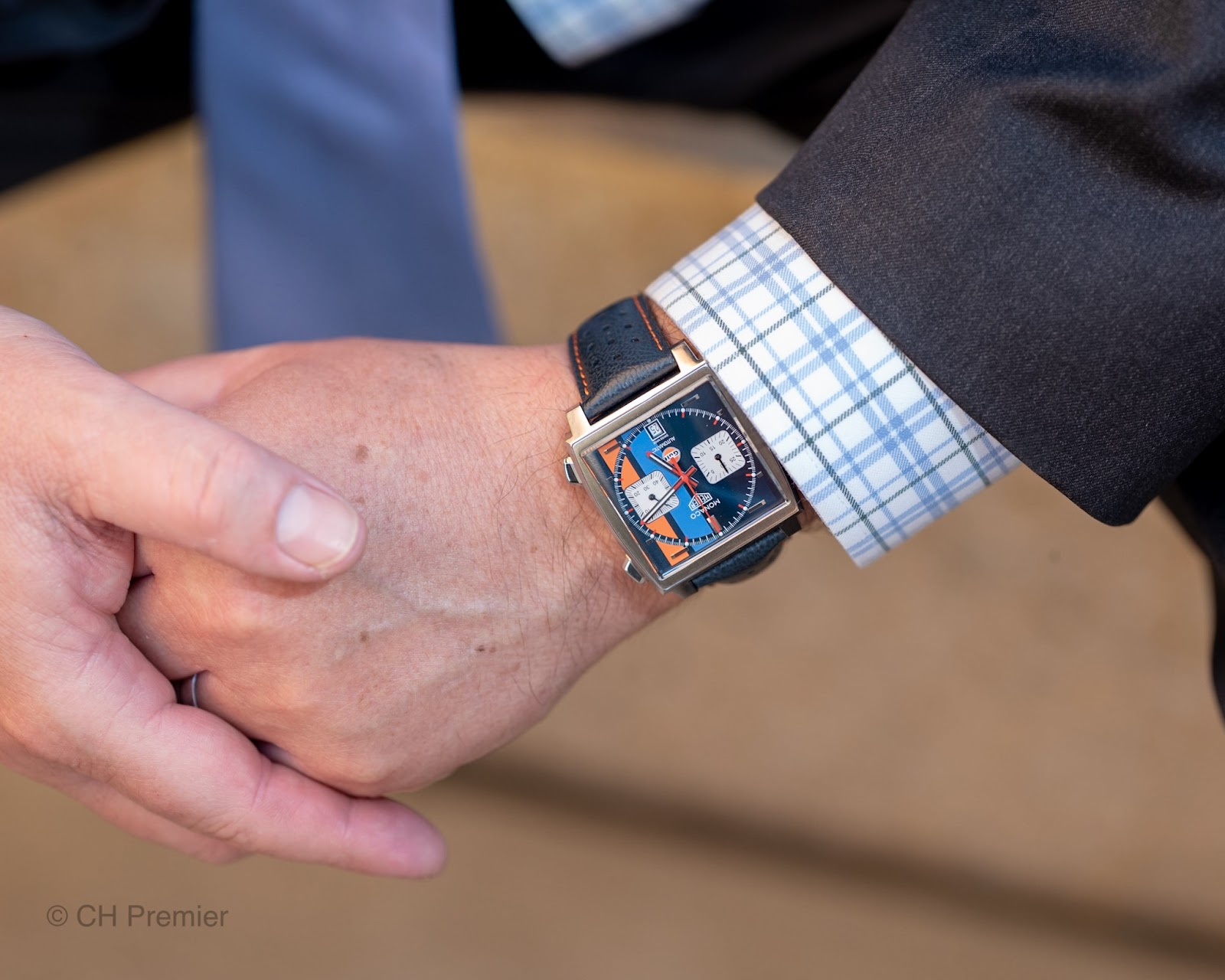 Another important aspect of this watch is the fact that it was one of the first automatic chronograph models. Indeed original versions included the now famous El Primero movement, created in conjunction with Zenith and other brands. Current models still include this movement as Calibre 12 though TAG Heuer has also released, in addition to the classic blue dial, a variety of special edition models, different dial colors, and even one with an exposed movement that is suspended with cool shock absorbers. There is also the Gulf edition which retraces the special collaboration that watch brands used to do with other brands in the 70s and 80s. In this case with the old oil company Gulf.

Today considering which watch to buy or to gift has less to do with the purpose of the watch or the field in which the wearer spends most of his or her time, than the emotions that the watch will convey. So why should you consider buying or gifting a TAG Heuer Monaco? We believe the reasoning is simple. After 50 years since its introduction, no other watch brand is so associated with motor racing and in particular Formula One, than TAG Heuer. This will not change for another 50 years or more. So if you are into the sports or are gifting to someone mad about fast cars, there is simply no better watch.