What should be my first Patek? This is a question we often hear. Part of the reason for this frequent question is that most collectors, after discovering the mainstream brands, and even some independents, will usually eventually gravitate toward the iconic Geneva brand. 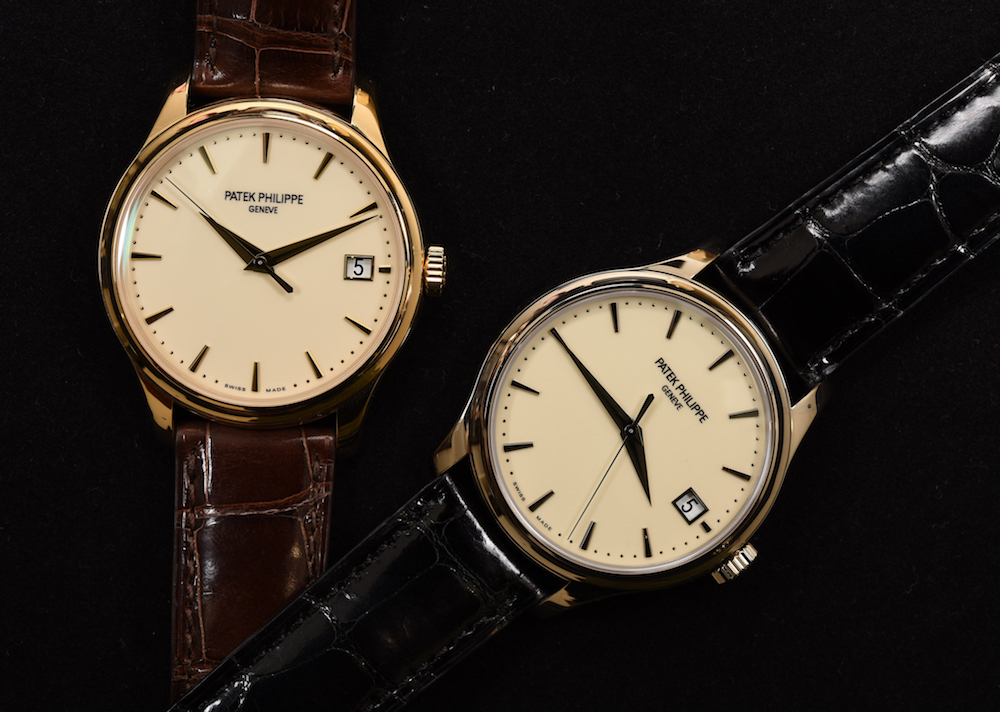 Indeed, Patek Philippe is arguably the epitome of the watchmaking art. Voraciously independent, conservative, yet with modern sensibilities, Patek watches are coveted by all watch lovers alike. The range of available references covers the gamut from entry level steel sports watches to grand complications reaching the $1M+ mark.

So as a collector being introduced to the brand, the question of which should be your first Patek is a normal one and one we will try to answer here. While, in our view, there are no simple answer to this question, we believe that a few models work perfectly as first Patek and there is a rationale for deciding which one should be yours. Let’s explore four models we believe should be in your consideration.

The obvious answer to the question of first men’s Patek will usually be the steel Aquanaut. Introduced 20 years ago in 1997, the Aquanaut was designed and introduced as the entry level sports Patek Philippe. Over the years, it has gone through many iterations, including the latest (this year): a limited version in white gold and blue dial. 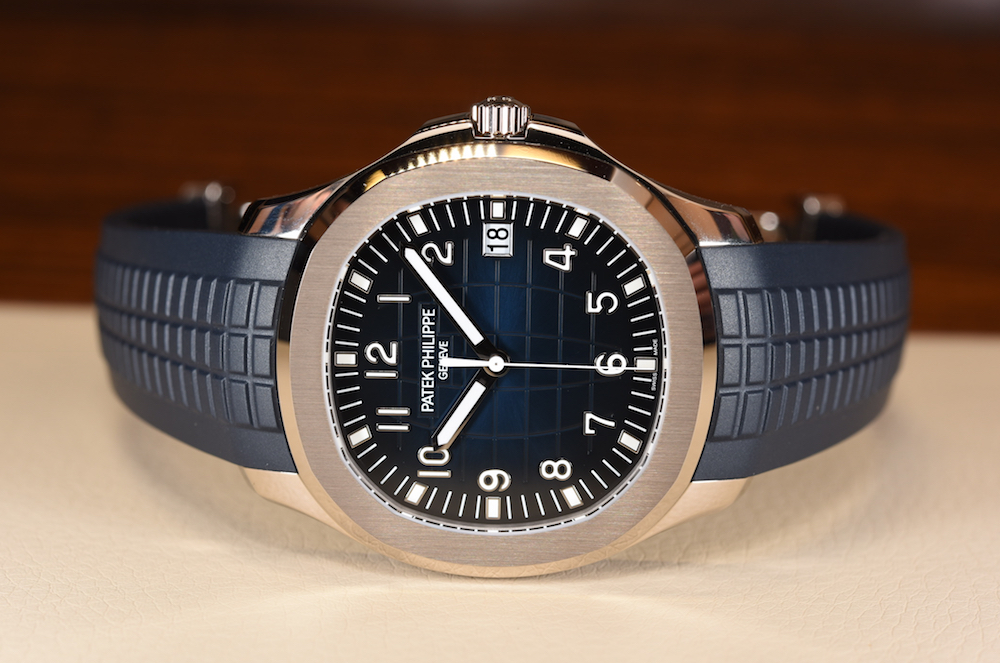 The version we would recommend is the basic most recent steel 5167-1A on the tropical rubber strap. It is often talked about as the perfect daily Patek, mainly due to its 40 mm case, yet at just under 10 mm thin profile, it fits brilliantly under a shirt cuff. The rubber strap is subtle and sporty but the deployant clasp forming the Patek Calatrava insignia reminds of the luxurious flair of the timepiece. 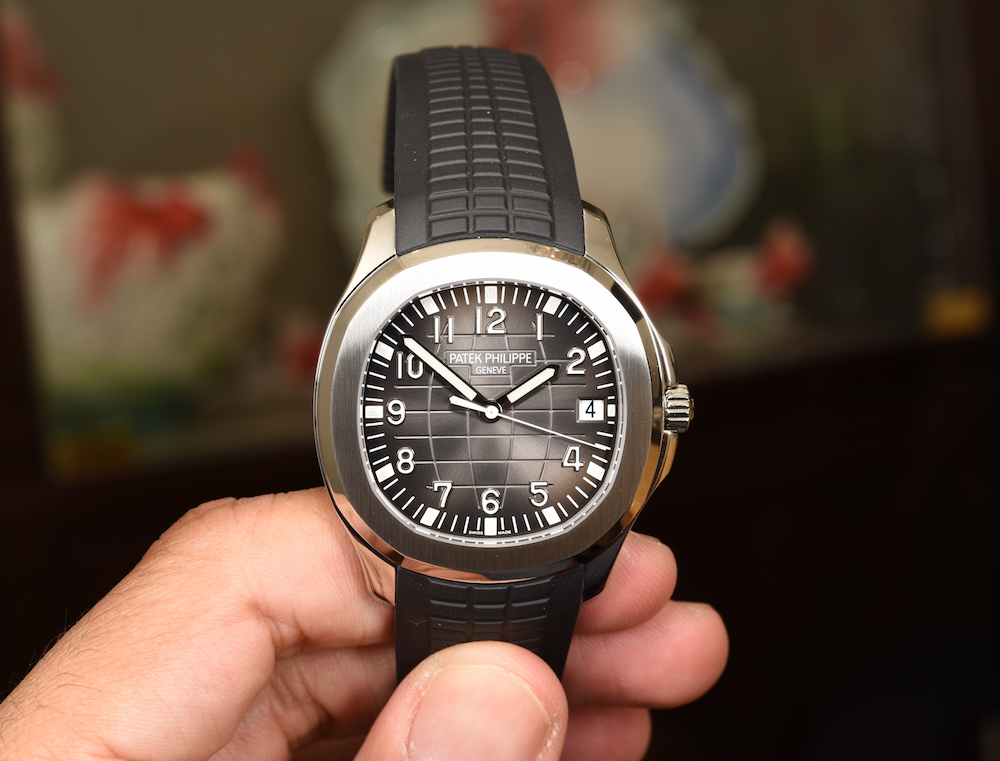 As the name implies, the Aquanaut is one of the few Patek Philippe watches we would recommend going to the beach or to the pool with. With its screw down crown and 120 m water resistant, this is indeed a Patek Philippe that can take a plunge and be right at home. Just remember to rinse it thoroughly post-swim. 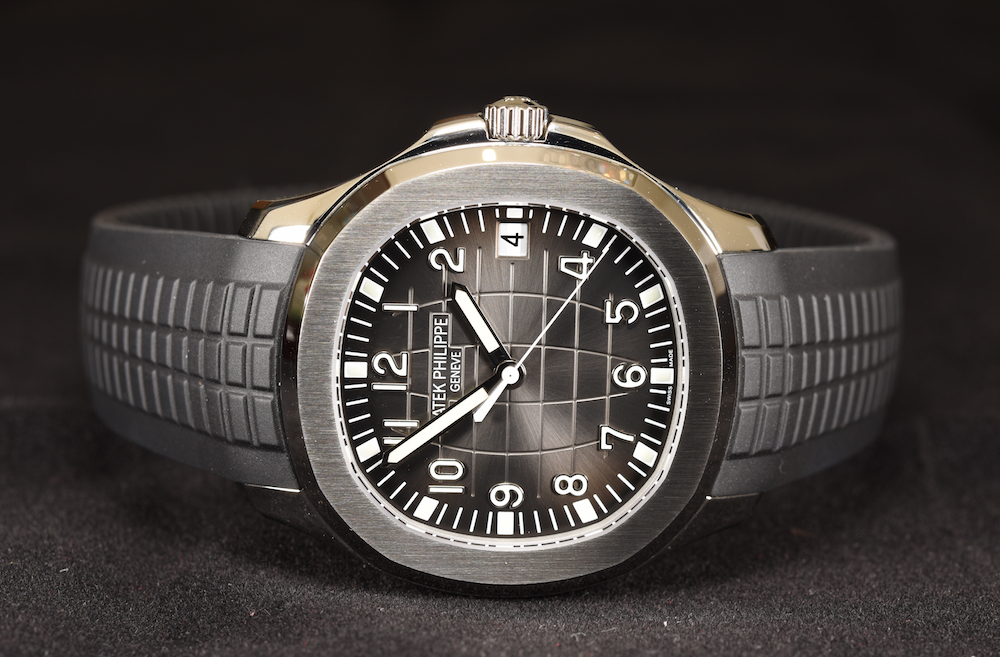 The Coveted and Rare Model

All other things being equal, perhaps the most coveted and in-demand model from the brand in recent years has been the Nautilus 5711-1A in steel with blue dial. Most dealers, including us, have a long waiting list for this model and it’s being offered only in very limited quantities worldwide. While all Patek steel watches are limited production, this one is the most limited of all, which reinforces its appeal. 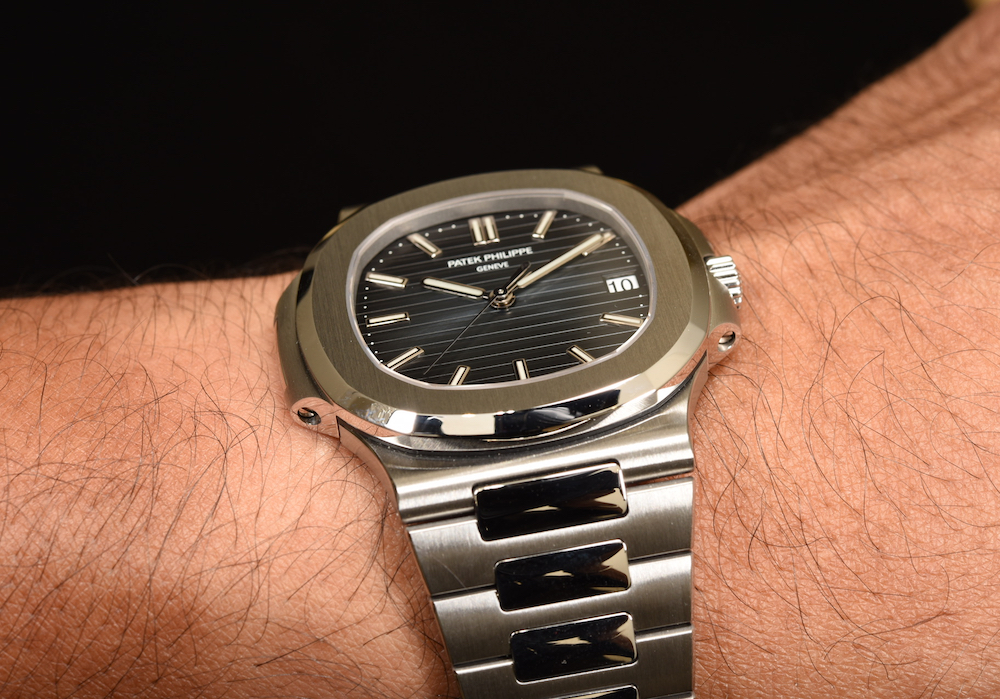 At a retail price of $24,800 it is more than the Aquanaut but less than the others we want to recommend. It’s definitely an entry-level watch for Patek, but the exclusivity and cachet that this watch possess make it perhaps the rarest we are suggesting here.

Originally introduced in 1976 and designed by the famed Gerald Genta, the Nautilus is simply an iconic design. A prototypical timeless porthole-inspired design (like the Audemars Piguet Royal Oak and Hublot Big Bang). The robust 43 mm dimension of the all steel case with integrated bracelet give it a “jumbo” presence on the wrist that is easily noticed from far while retaining a modest look as it is not flashy nor in your face with its slim profile; just like the Aquanaut, however, more refined and dressy with its integrated steel bracelet. 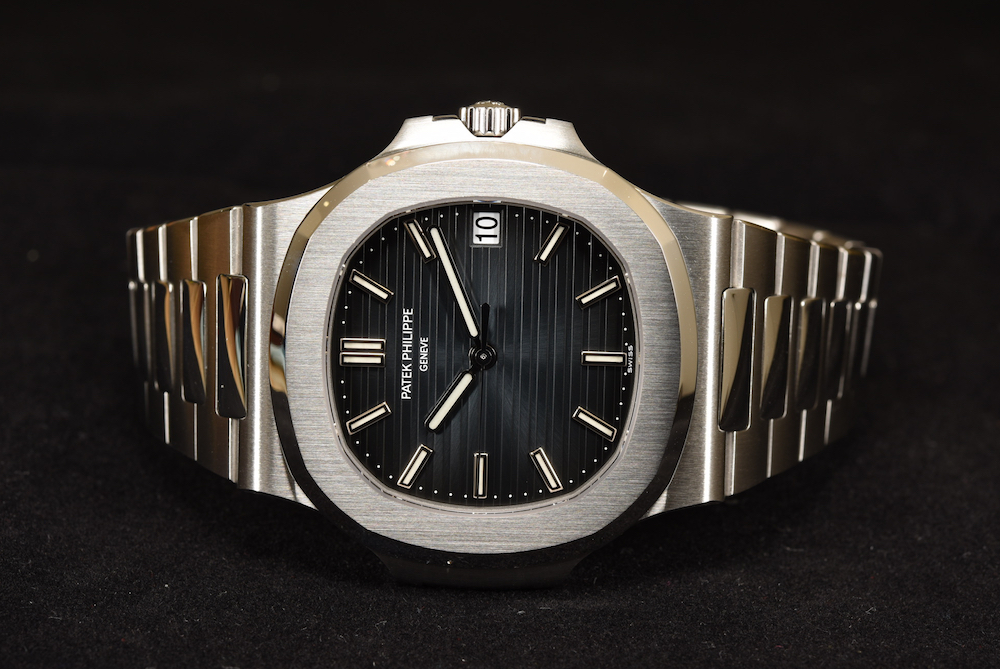 The 5711-1A would indeed be the perfect entry level Patek. The problem is, as we said, it’s difficult to acquire and likely would require a long wait and multiple purchases to be prioritized from any dealer’s list. So unless you are lucky or are a top customer of a dealer, best to look elsewhere and put your name on the list now so you can consider it in the future.

The Patek Philippe Calatrava is perhaps the brand’s most famous and representative watch. Usually made in precious metal and in the dimensions of a classic dress watch, Patek has been known to create Calatrava models that are sportier, such as the pilot-inspired reference 5524G released in 2015 and now completely sold out and already highly sought after.

Many of the Calatrava models are not necessarily entry level Patek references and we are not suggesting them here. Instead, we want to recommend the basic (yellow, rose, or preferably white) gold three hand and date Calatrava with the 324SC movement. There are three groups of references we’d recommend. First the 5296G (white gold) and it’s brethren, the 5227G, which in 2013 was updated to include a hunter caseback. Then there is the sector dial models, such as reference 5296G in white gold, which constitute a more modern model, whereas the hobnail reference 5119 would be the classic reference. 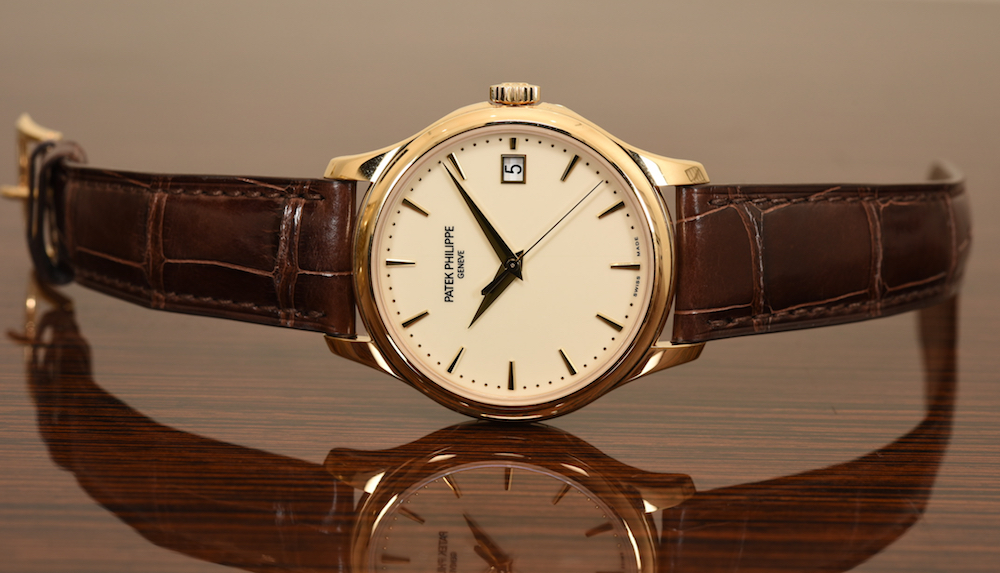 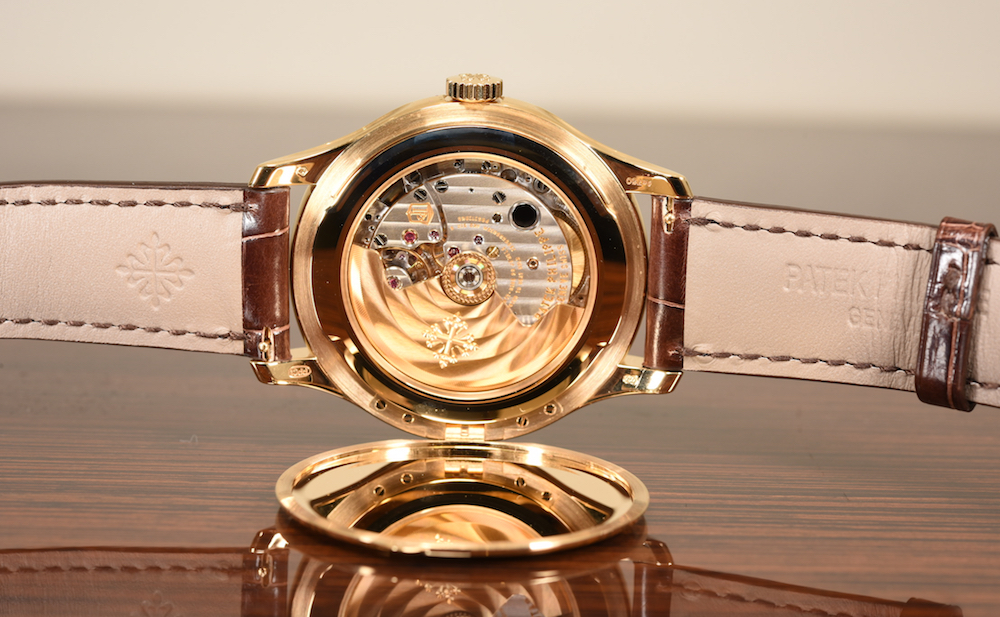 The Calatrava is the prototypical dress watch. Many other brands effectively create their own versions of this classic design. One could hardly think of a better watch for an occasion requiring a suit or button down shirt, since at around 8 mm thickness and 37 to 39 mm diameter, its dimensions defines the genre. 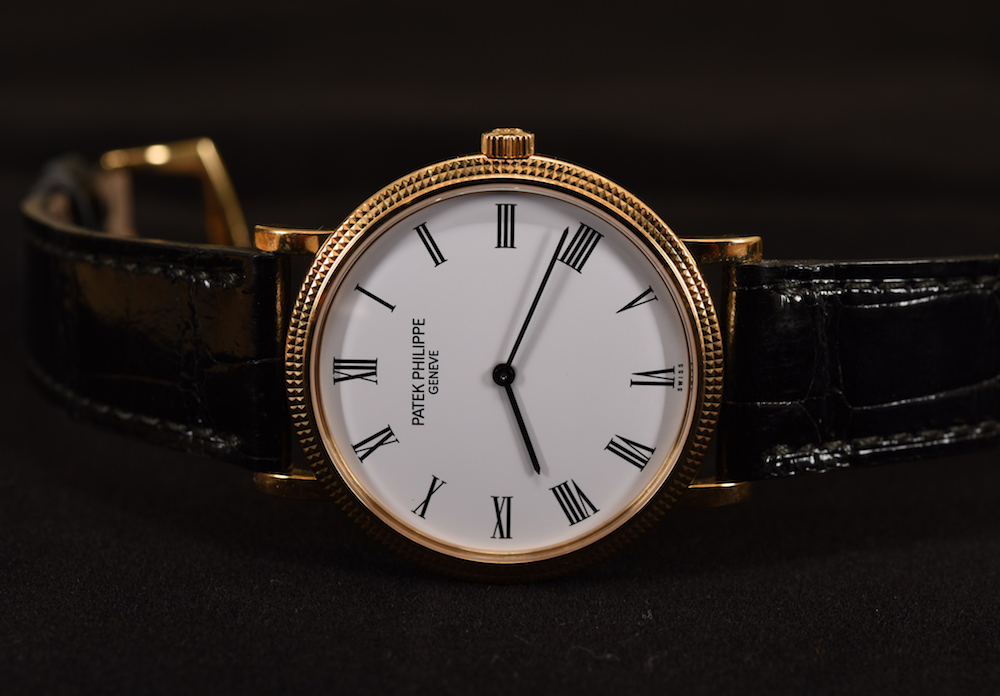 The last recommendation is the most expensive of the four models we are suggesting. This is the relatively newer Patek Philippe Regulator reference 5235G. This watch was released in 2012 and constitutes the only regulator watch in the brand’s modern lineup. 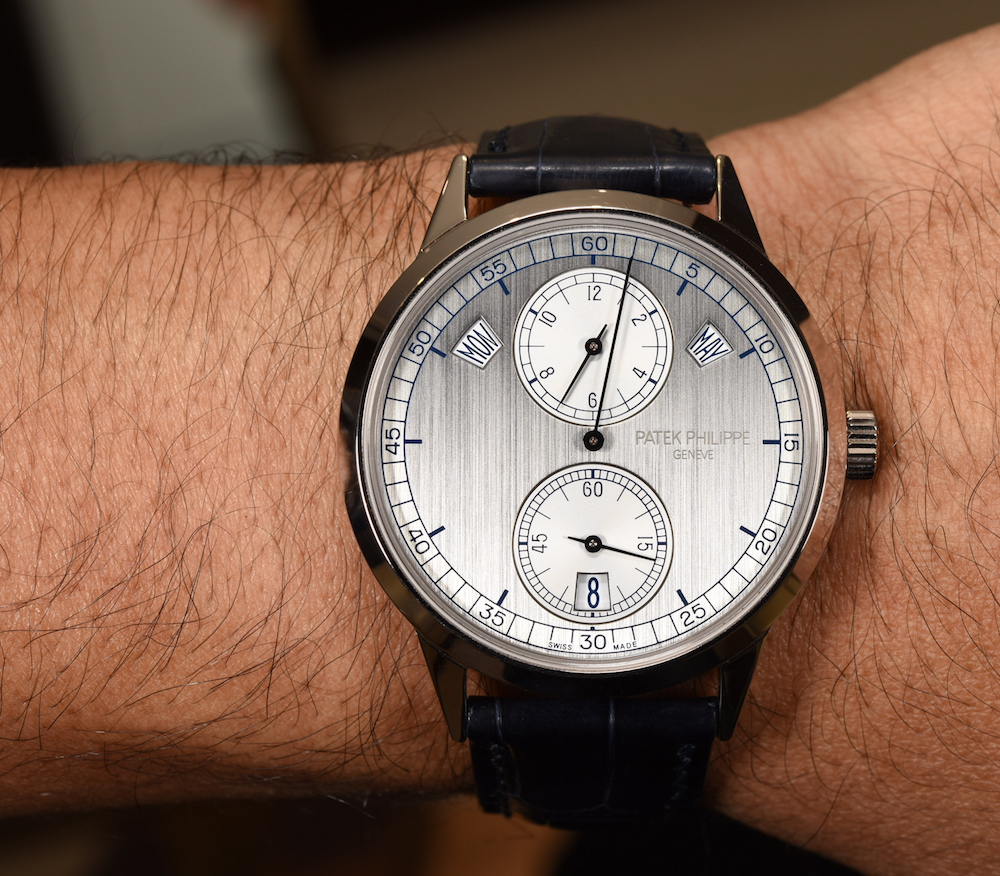 What makes this model special is that uses a movement from the Advanced Research department that includes Spiromax spring and Gyromax balance made of Silinvar (Patek’s branded silicon material). This is the same technology that is also included in the coveted Advanced Research limited edition annual calendar model reference 5350. 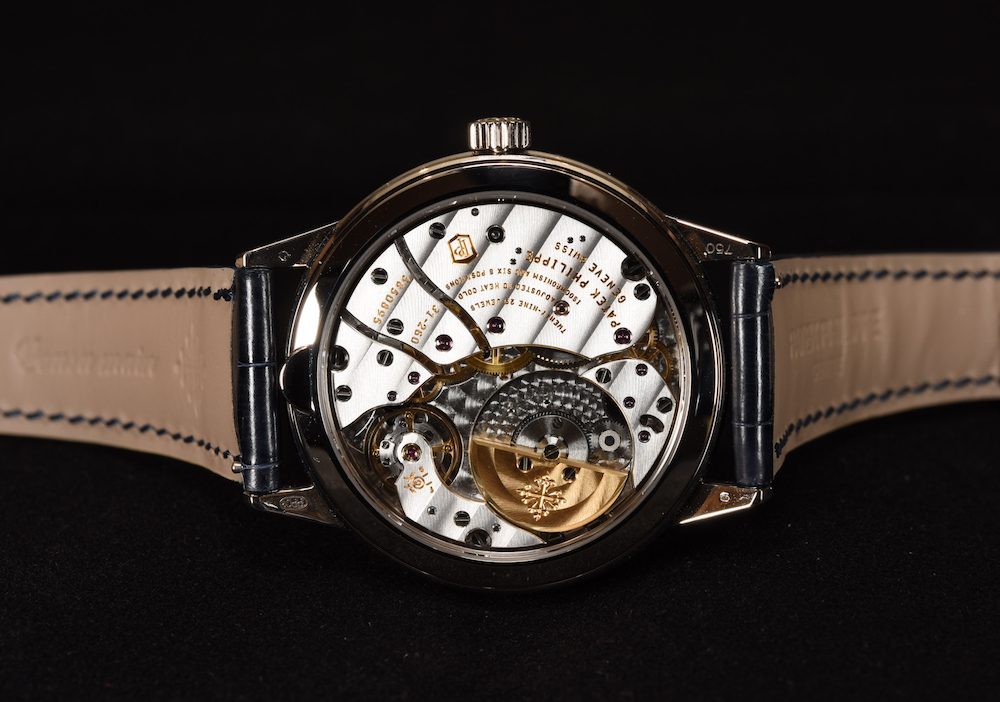 But perhaps the primary reason we believe this model makes for a good first Patek, assuming the cost is within your budget range, is that this is a relatively rare model that works equally well as a dress watch as it does a sports watch. While the case is in white gold, the brushed dial and regulator layout make it look very modern and sporty.

So in summary we recommend four models as the first Patek Philippe for those wanting to enter the world of Patek collecting. First, if money is a concern and you want to an entry level watch that is sporty but wearable in a formal situation, the Aquanaut in steel is the best choice.

From there the Nautilus 5711-1A becomes the obvious alternative though while the cost is not significantly more than the Aquanaut the rarity of the watch make it hard to acquire by most.

Third, as an excellent dress watch, any of the Calatrava references work brilliantly as anyone’s first Patek. They are simple, elegant, and timeless. Regardless of the model chosen. But if you want a modern version then the sector dial reference 5296G should be highly considered and preferred.

Finally, if money is less of a concern then the Regulator reference 5235G is our top recommendation. It works equally well as a dress and sporty watch and its modern looks outside and inside (with the Advanced Research calibre 31-260 REG QA) make it a great not so common, yet potentially highly valuable watch in the future.