The 1950s was the heyday for sports watches. This was the time when scuba diving was maturing and the need for a timing device allowing you to measure your time under water, was not only practical, but often a matter or life or death. Many brands took on the challenge to design the perfect dive watch. 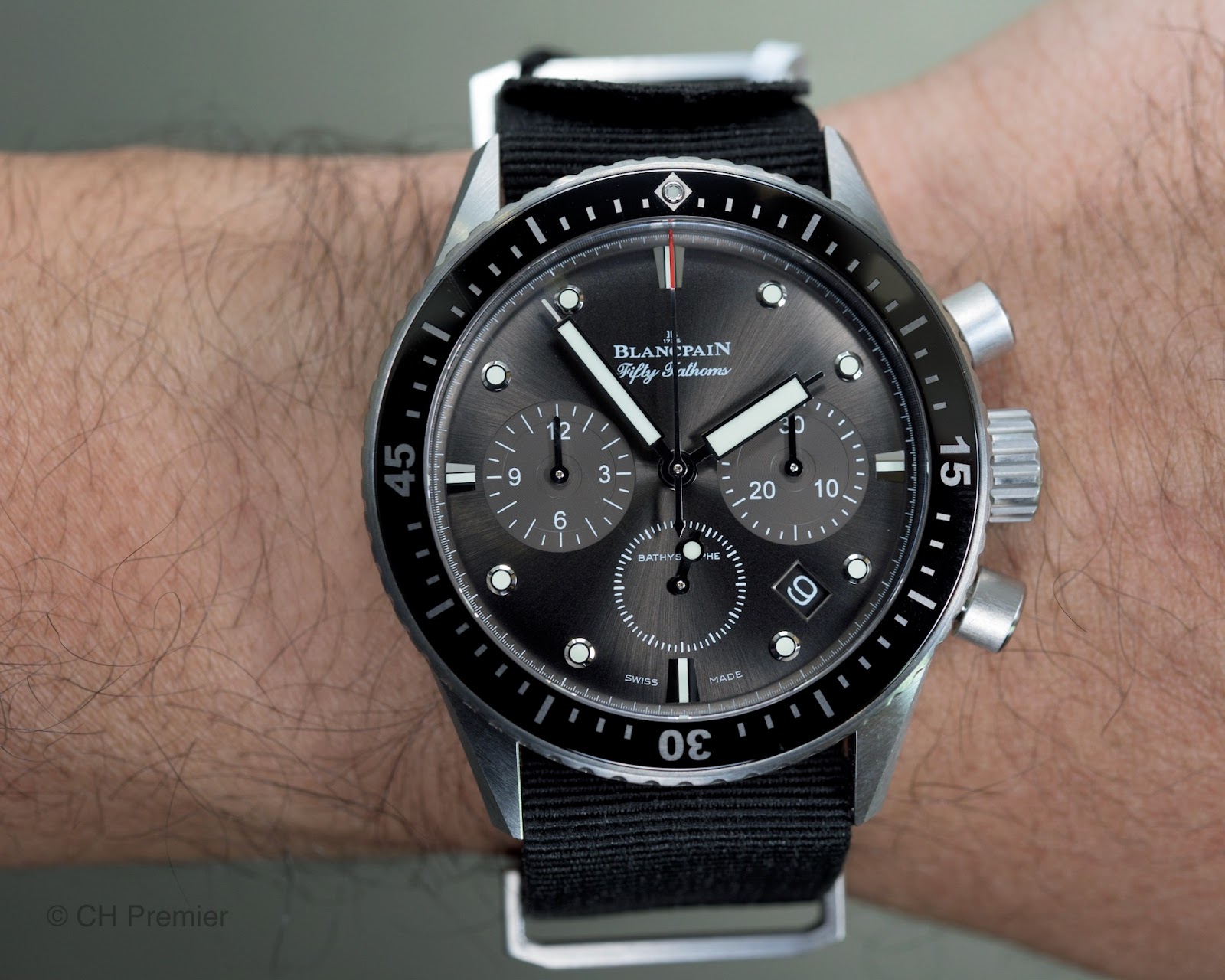 Today, we see the concrete results of this active time with watch designs like the Rolex’s Submariner and the Omega’s Seamaster that have become some of the most popular watches in the world. But who was the first to create a true dive watch, in the sense of today’s divers? Well, the answer might surprise you. Read on to discover the story of the Blancpain Fifty Fathoms.

Blancpain is the oldest surviving watchmaking brand in the world. Founded in 1735 it remained in the founding family until the 1930s. After WWII it became part of the Swiss conglomerate SSIH where it was the main manufacturer of mechanical movements for sister brands Omega and others. During the creation of scuba, Blancpain worked with the French Navy to create the first dive watch, the Fifty Fathom which indicates the 91 meters (or 50 fathoms) of water resistance. 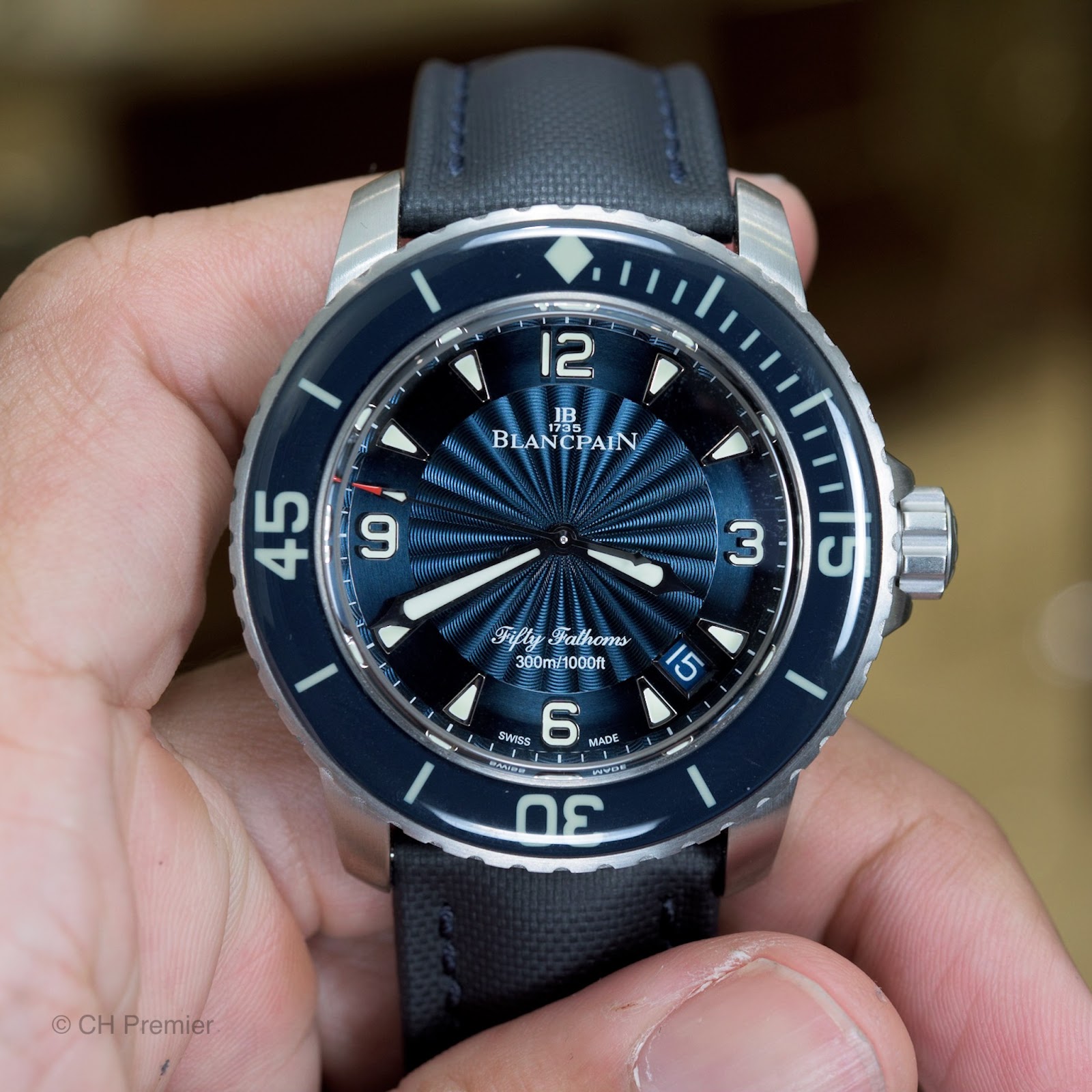 Currently, the Fifty Fathoms collection can be divided into two distinct broad categories. First, the 5015 which constitutes the most modern version of the watch. Within this category, there are many variations. In particular models in titanium, rose gold, with blue dial and with complications such as perpetual calendar and chronographs. There is also the 5008 limited edition models which are reissued with FiftyFathoms with same styling as the 5015 but smaller dial (40 mm) and including a water resistance logo. 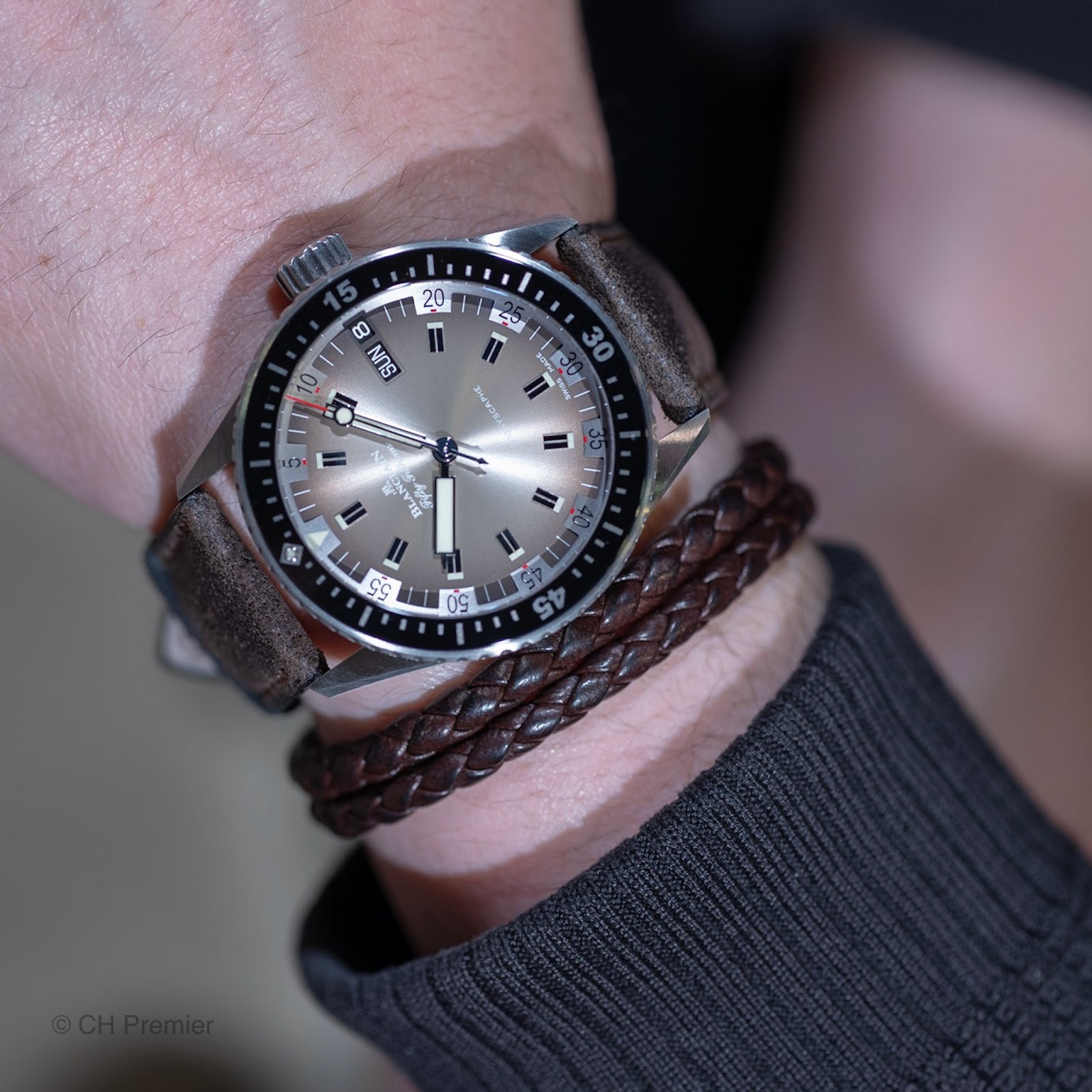 The second category, is the Bathyscaphe models which are reissued modern versions of the historic models. The dials of these are very different from the contemporary model and in particular do not include the trademark sapphire bezel. Two main variations of the Bathyscaphe exist, the simple and the chronograph models. Some special edition models have blue dials. Blancpain also released a perpetual calendar and annual calendar Bathyscaphe model, as well as a white dial, white bezel 38 mm version for ladies. 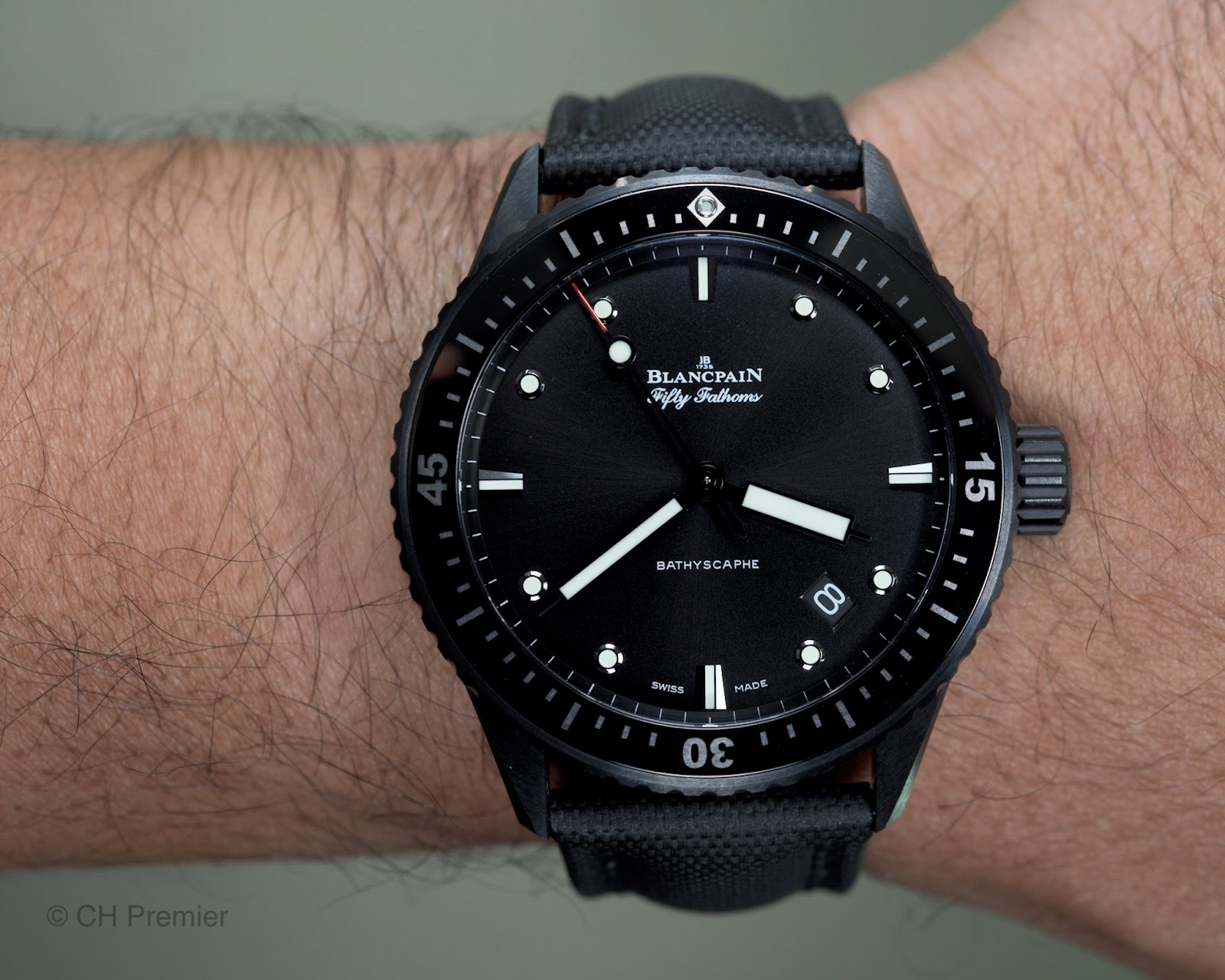 Unlike some of the other dive watches I mentioned, it seems that Blancpain and the Fifty Fathoms have not enjoyed the level of success and recognition that they deserve. It’s not clear why that is. Perhaps it has to do with the difficulties the brand faced during the hard times that the industry experienced in the 1970s, or perhaps it has to do with limited production, or bad marketing. No matter the reason, Blancpain’s place in the history of diving is set and is undisputed. 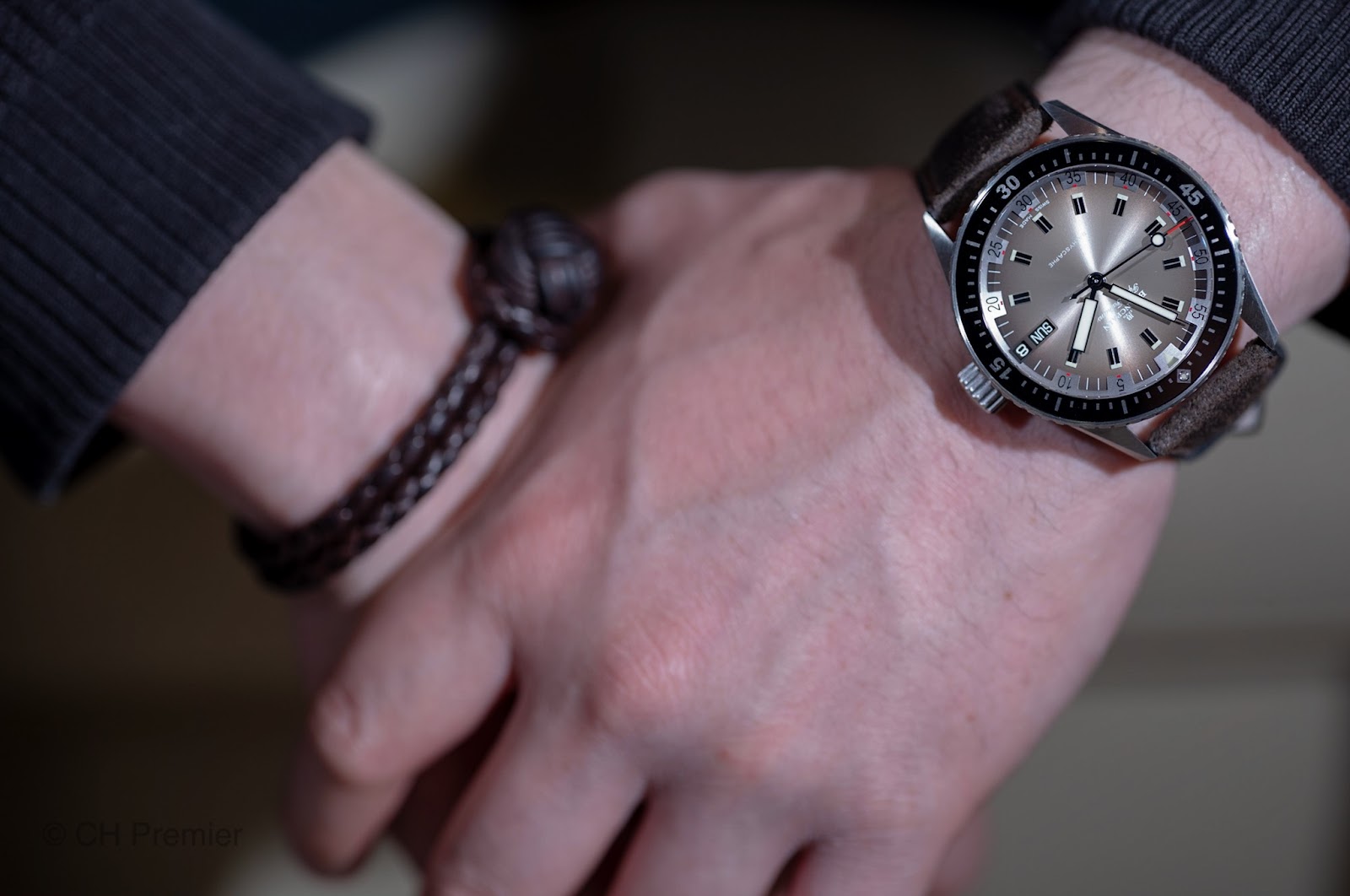 When the quartz crisis swept through the Swiss watchmaking industry in the 1970s, Blancpain was one of its victims. The brand suffered low sales and soon had to close shop. The brand remained a footnote in the annals of watchmaking history until 1981 when, now legendary, watch executive Jean-Claude Biver bought the rights to the name Blancpain and almost single handedly revived it. 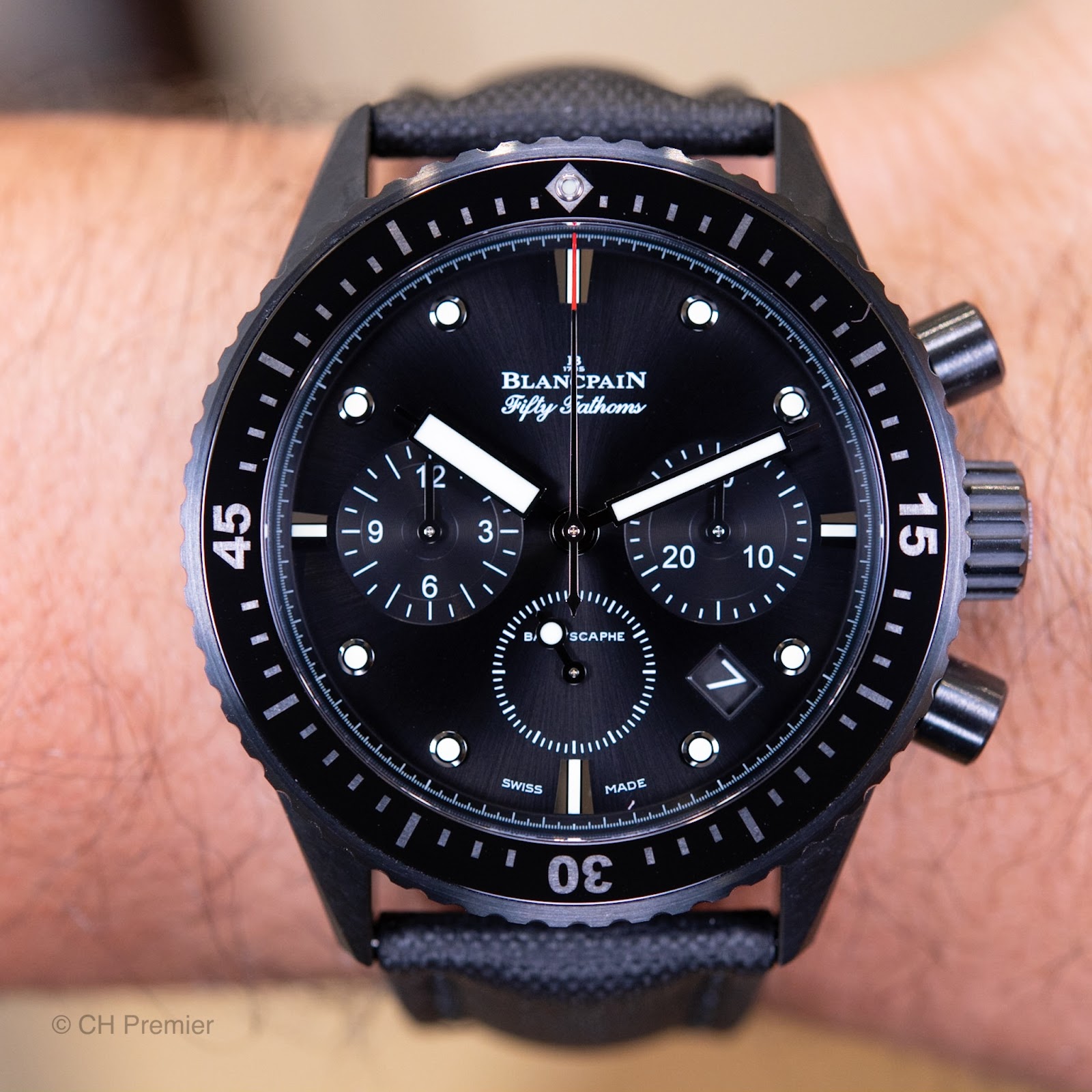 Hodinkee has a podcast with Mr Biver where he recounts the early beginnings. Once revived the Swatch Group showed interest. Biver and company sold the now up and restarted mechanical watchmaker to the large conglomerate who had such a huge part in keeping the industry alive and turning around its fortunes.

Today’s Blancpain is a vibrant watch manufacture, producing some of the most advanced Swiss watches on the planet. From their Virellet collection where you can find classic simple three hand watches, to the more advanced models that include perpetual calendars and those with tourbillon, and even the rare carousel escapement. 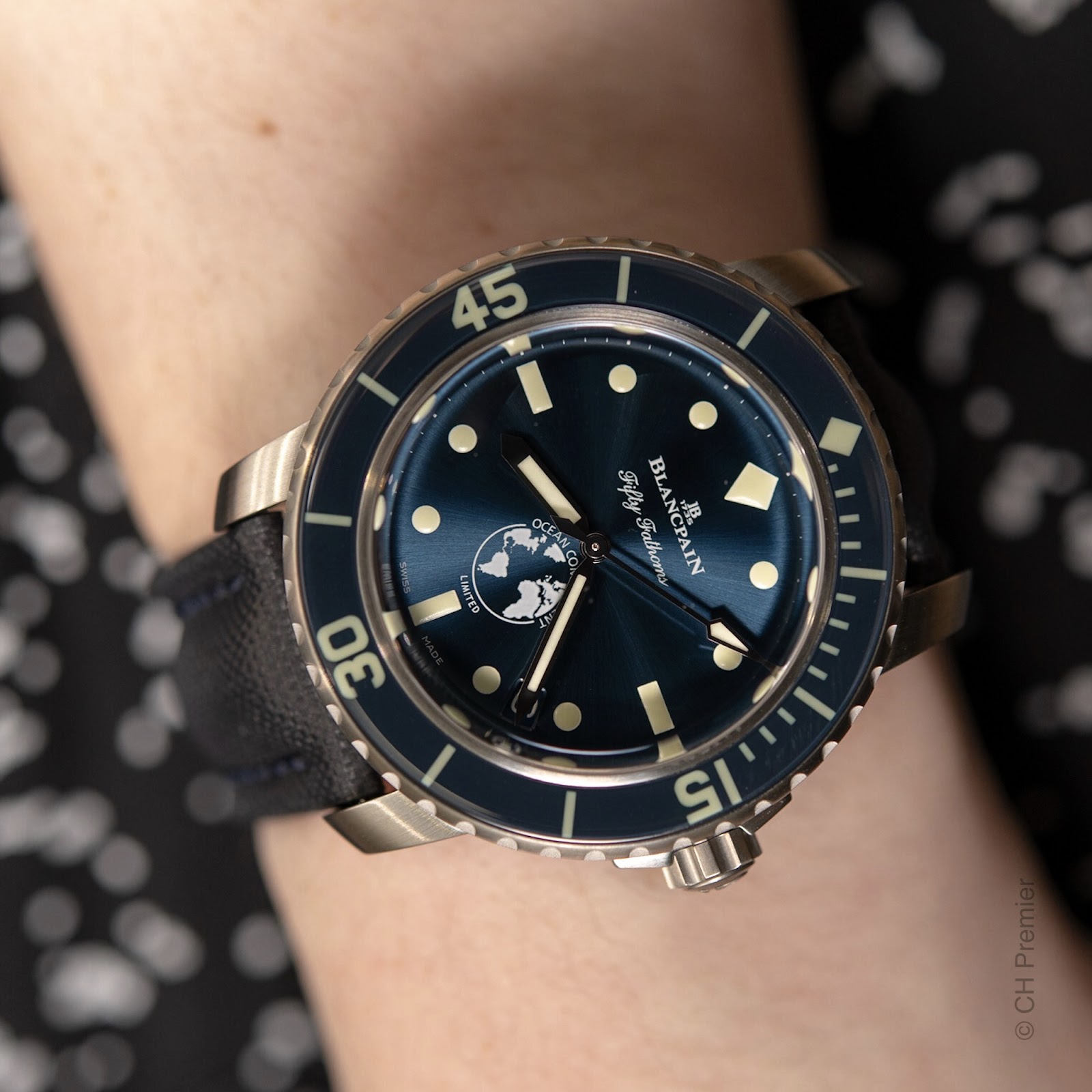 And the Fifty Fathoms? Well that has never been better with various models including limited editions for special causes. All maintaining the DNA of the original dive watch but only better. If you have not had a chance to see or try on a Blancpain watch, we invite you to visit CH Premier and see them for yourself. blancpain.com