In a continuous effort to bring the most premier brands to our Bay Area stores, in late 2017 we have had the privilege to introduce Grand Seiko to our family of high-end horology brands. A bit of background is perhaps required. 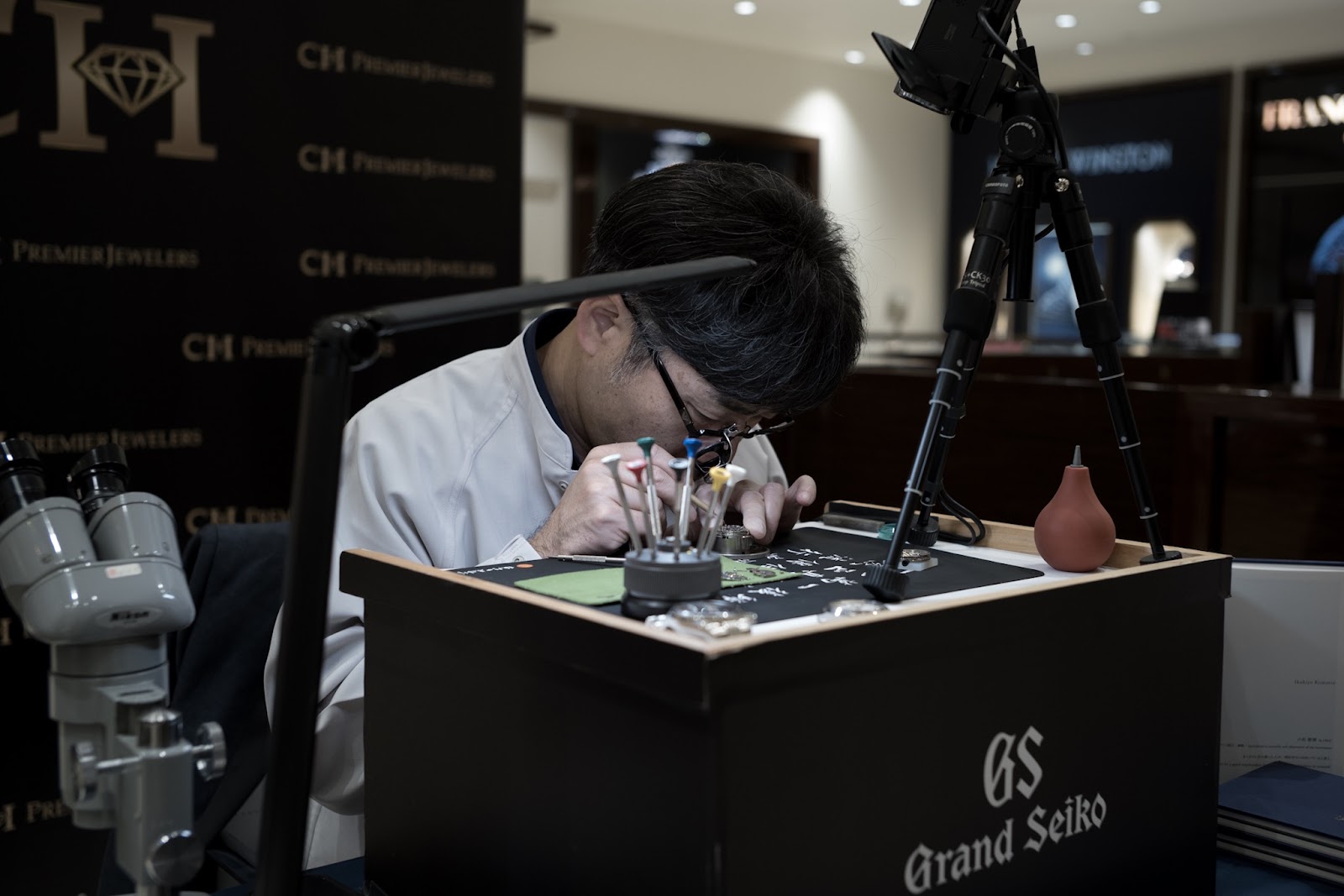 At Basel World 2017, Seiko decided to branch out their high-end timepieces into their own independent brand simply called: Grand Seiko. Unlike with previous models, new Grand Seiko watches will not have the Seiko logo on the dial but instead carry the GS sign and Grand Seiko lettering. What does this mean to collectors and CH Premier shoppers? 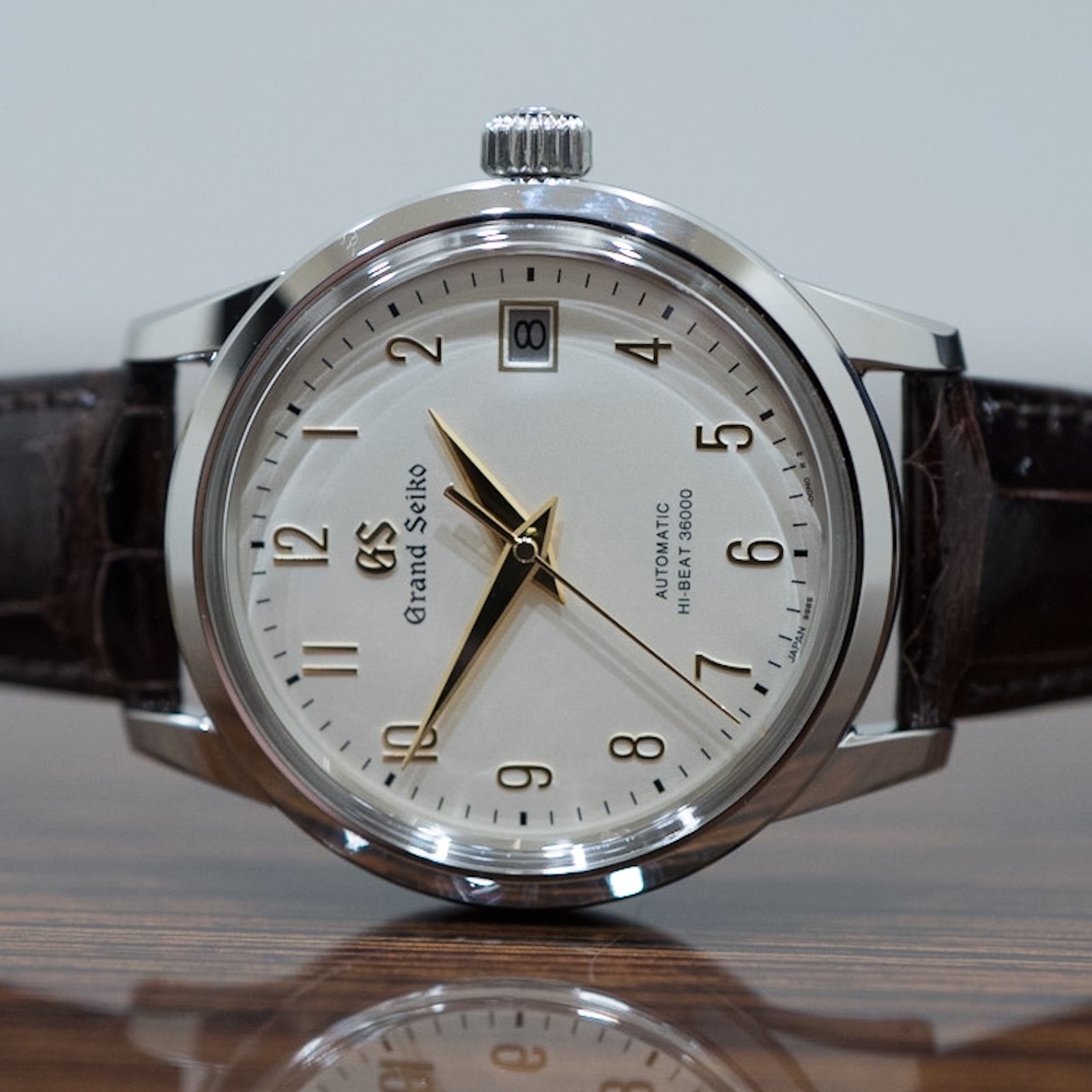 Let’s discuss why Grand Seiko has always been a collector’s brand that started as niche but is not often discussed in the same breath as very technical brands on the market today. Well there are three traits that are common amongst GS watches that make them worth your attention if you are new the brand. 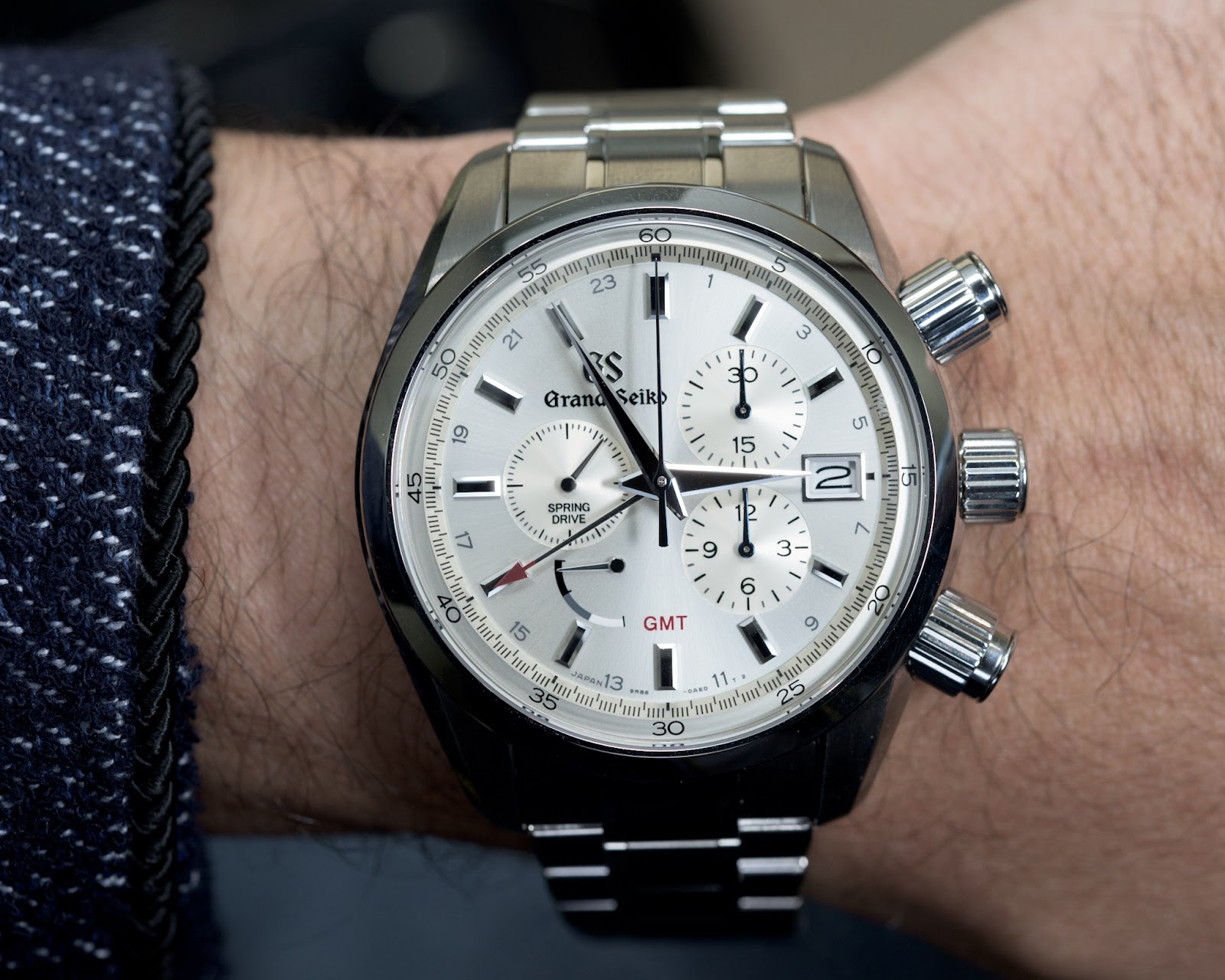 First, the impeccable finishing of their dials. As perhaps the most visible aspect of any watch, the Grand Seiko watches do not disappoint with their dials. Often using unique finishing techniques, the GS dials are worthy of discussions and seeing in person.


Further, these dials are often complemented with hands that are finished using an old Japanese blade polishing technique called Katana blade polishing. The results are finely crafted hands that need little additions to pop out and catch any little glimpse of light to shine and be visible.


The second deserving aspect of GS watch that should catch your attention is their precision and performance. This is not surprising as the Seiko name itself means precision in Japanese. Many of the models use the innovative Spring Drive movement which is a unique hybrid engine. 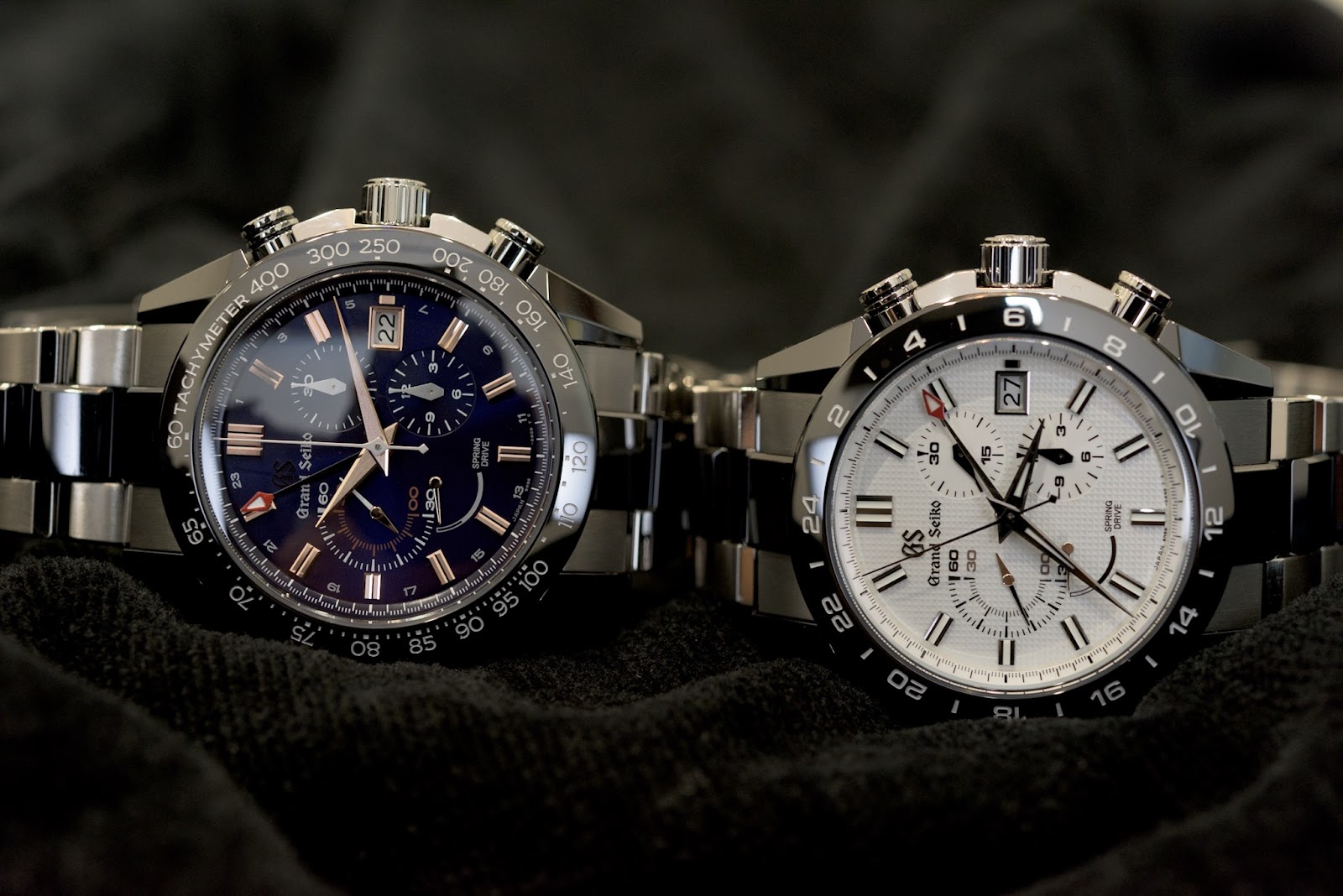 Taking advantage of the best of both mechanical and quartz technology, Grand Seiko (Seiko at the time) created an innovative watch movement capable of sustaining 72 hour performance that is more precise than any purely mechanical watch movement on the market today.


Many customers come back and say how their watches often outperform all their other mechanical watches. Hearing a Spring Drive being within a second of precision to a reference time in a week is more the norm than the exception. Additionally Spring Drive movement have the unique aspect of a gliding seconds hand rather than one that ticks. The first time seeing this glide will be a moment to remember for any watch geek.


The final trait is perhaps not an inherent value but rather the fact that Grand Seiko is still very much a Seiko watch, even with the rebranding. What we mean is that you are getting a watch. originally from a brand that today people don’t normally associate with high-end horology. 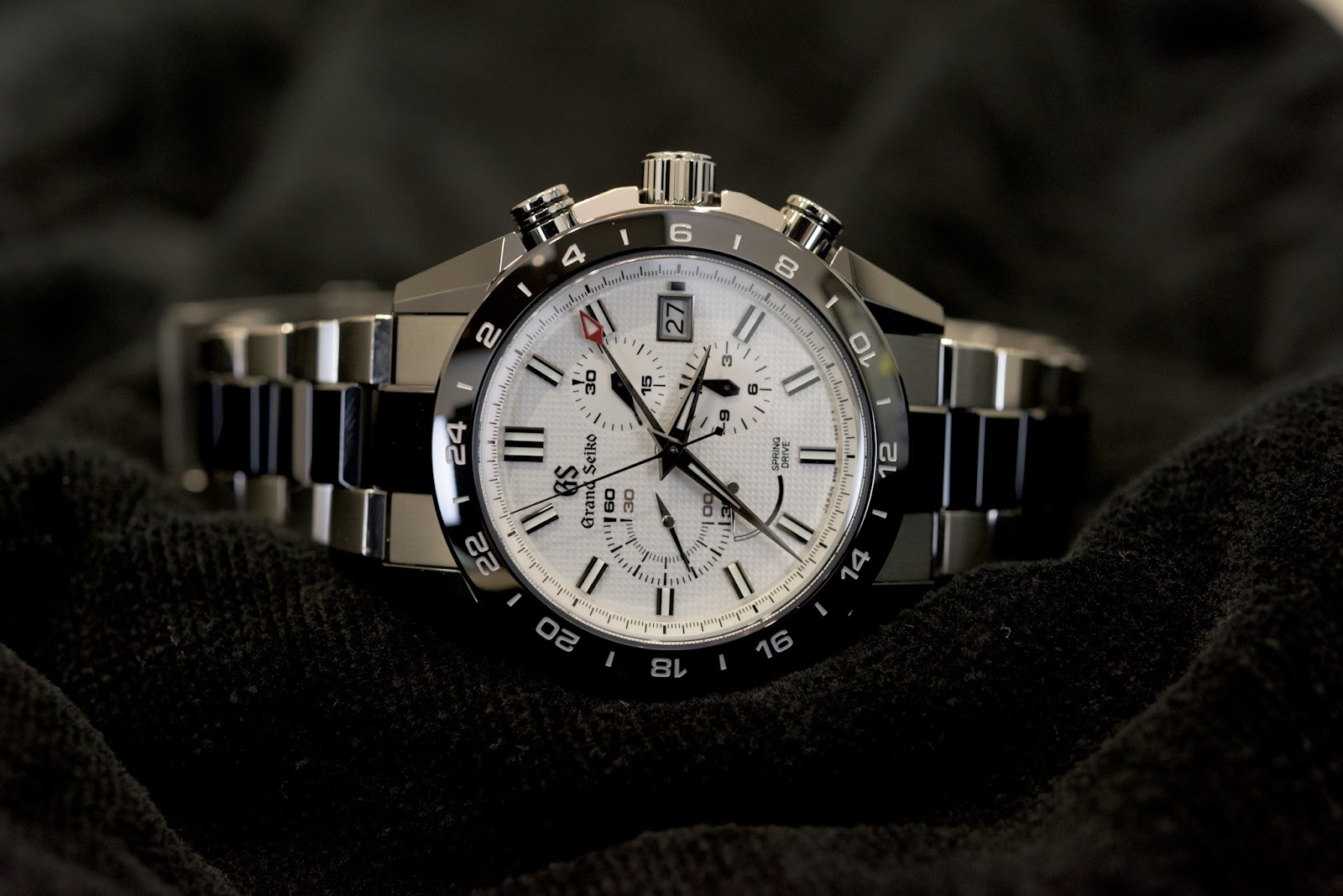 However, upon seeing any Grand Seiko it’s difficult for any watch admirer not to agree that the finishing is top notch and the quality on par or above any watch coming out of Switzerland today.


This shoking effect and the simple fact that the watches go unnoticed and fly under the radar make them perfect work watches for watch enthusiasts who are looking for a quality timepiece that will not attract much attention in the workplace, but will get the nod from watch nerds at the next meetup or RedBar event.