IWC makes easily the most iconic pilot watches on the market. It’s the brand most associated with the genre and style of watches. But has this always been the case? What are pilot watches anyway? And should you add one to your collection? 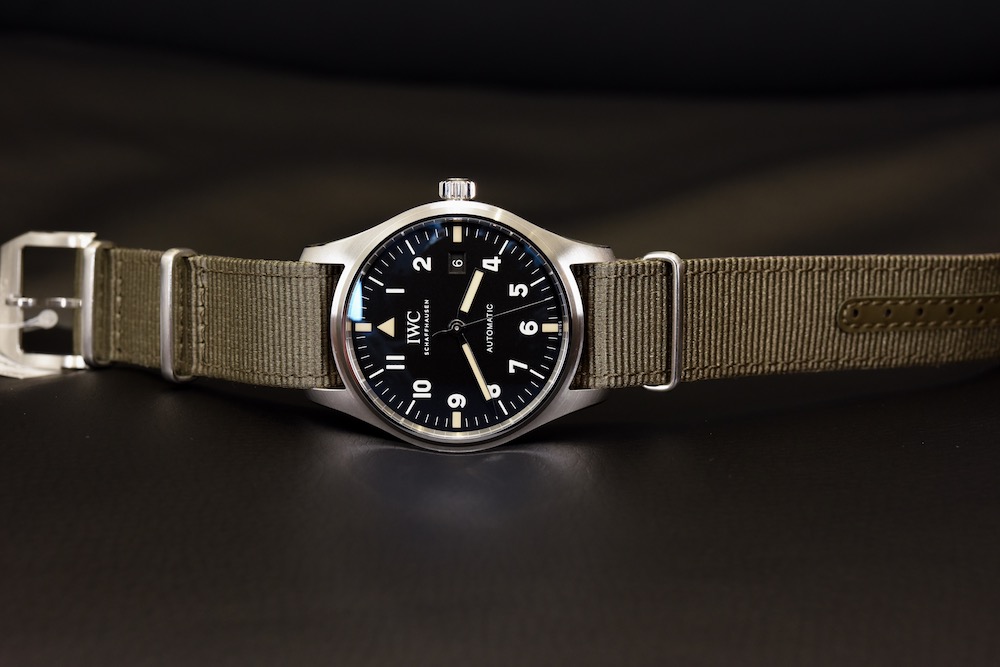 Pilot watches, as the name implies, are watches that are designed for a pilot and used to be worn by war pilots, especially during the World Wars. Understanding why pilots wore special watches is not hard to fathom if you remember two simple facts.

One, the World Wars, especially WWII between 1935-1945 was perhaps the war that had seen the most action for airplanes. It’s not an understatement to say that WWII was the war of between air-forces. Without air superiority, the British might have not been able to push back the Nazi invasion which would in all likely have changed the prospects of this war.

Second, as pilots need to coordinate their attacks and need accurate time measurement to plan their flight, perhaps the most significant gear a pilot can have is an accurate timepiece. This need for accurate time measuring devices is not only for war time, but legend has it that Louis Cartier created the first men’s wristwatch to meet the needs of his aviator friend, Brazilian Santos Dumont, who had needed an easily accessible timing device during his flying exploits. 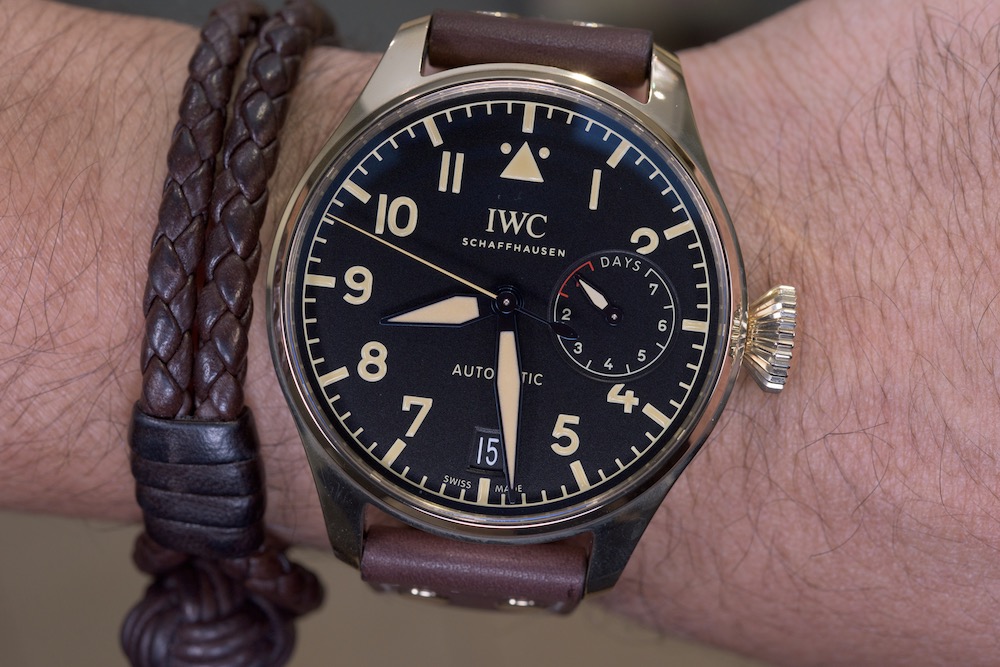 However, during the world wars, the pilot watch had gone through a styling and aesthetic update that remains to this day and for which IWC is perhaps the most famous implementor. The so-called B-Hur [check] pilot watches was created to match the need of the WWII pilots. It’s a simple design that worked well for pilots in the 1940s and which has seen a resurgence with the modern tastes of large watches.

First, besides the large sizes (sometimes measuring over 60 mm in diameters) the distinguishing feature is a readable and legible dial. This is achieved by having clearly marked indices and sometimes minutes and hour markers all around the dial or at the very least at 3, 6, and 9 o’clock.

The 12 o’clock spot is usually reserved for an arrow pointing up. This is significant as war pilots often have to do acrobatics and knowing at glance which side “is up” (on their watch) can be a life and death info to be able to read the watch and info in the cockpit [check].

Another important aspect of these pilot watches was a large legible seconds hand. Again needed to be able to perform accurate and simple measurement for timing bomb drops or simply synchronizing departures, landing, and waypoints. 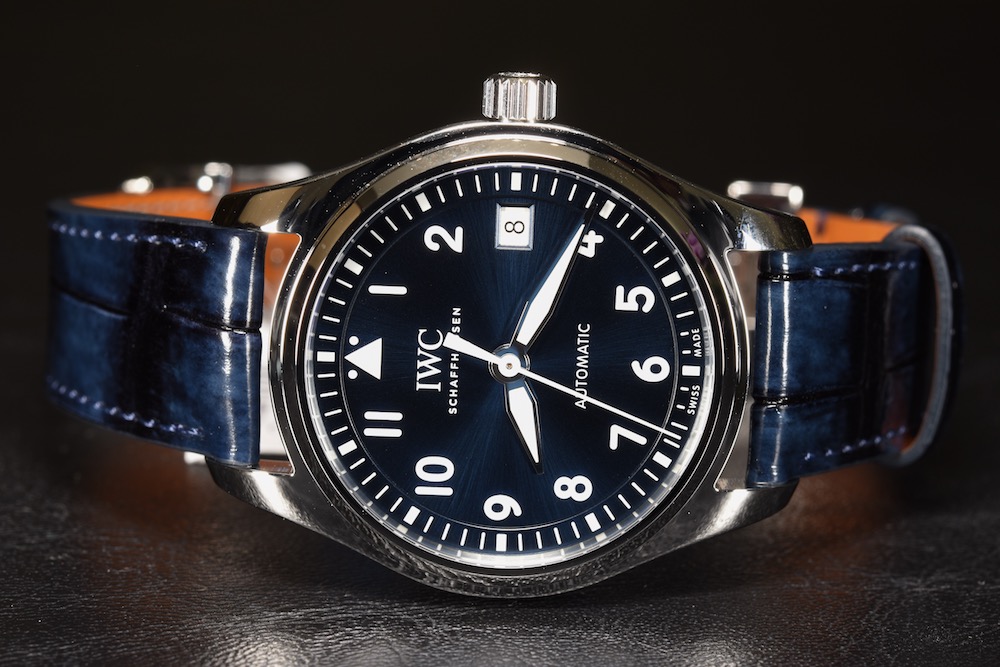 Modern IWC pilot watches, starting from the Big Pilot to the recent Mark XVIII maintain all these characteristics and have a consistent design language that have served them well since the war times.

To increase readability, IWC consistently have created these watches with a black dial and white indices and hands to increase contrast, and sometimes reverse with silvery grey dial and black hands. Limited editions, such as the Antoine de Saint Exhubery editions have copper brown dial colors and the Petit Prince editions have blue dials. 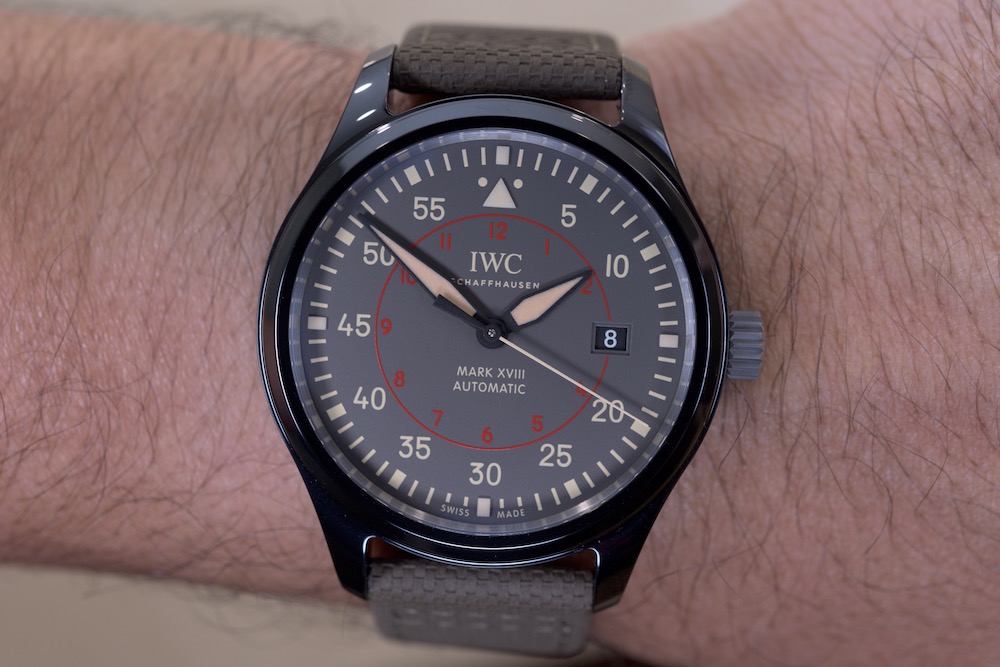 Two other important distinguishing features of these watches are their antimagnetic features which in the past was extremely important, as pilot spent hours in the cockpit surrounded by instruments that often used magnets as a core component of their constructions. 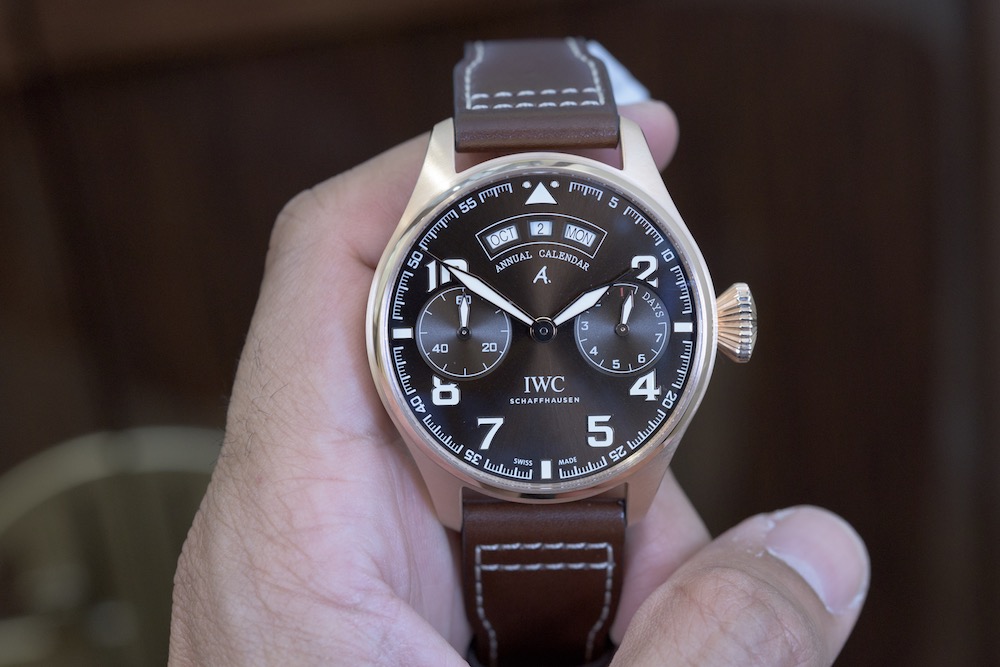 Finally, a common trait of these pilot watches was a large crown. Often in the shape of an onion. This was done to ease usage by leather glove-wearing pilots, who in the past had to be dressed up head to toe, to deal with the freezing conditions during flights; and who, in all likelihood, had to operate their watches with hand in gloves. 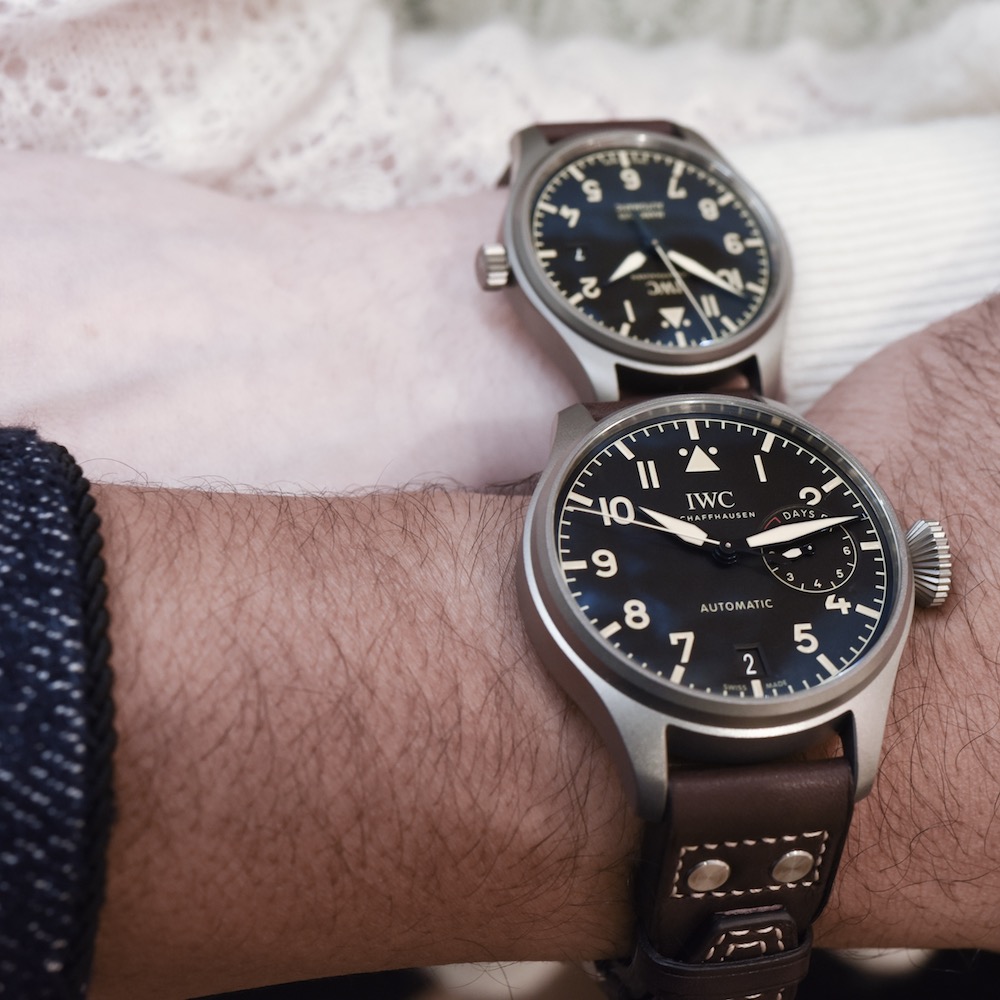 The resulting aesthetics created a unique type of watches that was often accompanied with long leather bands that pilots would use above their leather jackets. IWC along with many other German and Swiss watch brands have continued to create these B-Hur watches during the years.

While modern pilots would hardly have a need for an analog watch to help them perform any flight calculations, the design of the pilot watch remains an iconic type of watch that has appeal the world over. Their large sizes and no-nonsense legible dials make them relics from the past that have lasting and staying appeal with modern tastes and style.